There is much more to Mauritius than the island nation’s picturesque beaches, lagoons and reefs 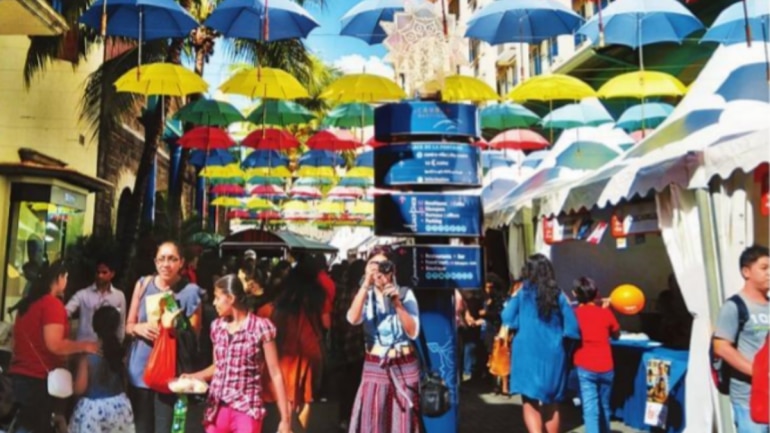 The Caudon Waterfront market is a shoppers’ delight.

The word ‘aqua’ seems to take on a new meaning as I walk down one of the many broad avenues of Mauritius enjoying splendid views of the placid Indian Ocean. Synonymous with pictureperfect powdery beaches, lagoons, rugged reefs and tropical greenery, this archipelago has for long been looked at mainly as a great destination for a romantic sojourn. And rightly so! But it packs in quite a few other punches’ as I discovered during my sojourn to this beautiful island nation.

While there’s a lot more that the guide promises, I want to tick off an experience that’s for long been on my bucket list – a view of the world under water. Soon I am at the Blue Safari office where, after signing the necessary documents, I am led towards a ferry that takes our group of travellers’ a few kilometers towards the deep sea.

What appears to be a small raft is really the roof of the submarine, and soon I climb down a manhole-like opening and take my seat. And within minutes, we take off, 35 metres beneath to experience some of the mysterious depths of the Indian Ocean. It’s fascinating to watch more than 50 shades of blue opening up. “The change of colour is often dictated by the hues of the sky and clouds above,” says the submarine pilotcum-commentator. As several schools of fish glide by, he adds that the size of everything outside is actually about 30 per cent more than what it appears due to the thickness of the window glass.

There’s a real shipwreck too – of the Star Hope that sank in 1988. “It split into two after a cyclone hit the area,” he adds as I watch colourful corals adding a picturesque touch to the ocean depths. “You’ll always find fish hovering around corals because these are not just food but also a good hide-out for them.”