‘Wonderful Indonesia’ just concluded a 3-days mall promotion campaign at the Select Citywalk, Saket, New Delhi from 30th October to 1st November, 2015. The objective of the Promotion was to directly connect with the consumers and know their wants, their needs. The intention of the campaign was to promote Indonesia as a destination, its culture, its culinary delights, the scenic beauty and visa free entry for Indians and to target the consumers visiting the mall and capitalize on their wanderlust during the festive season into enhanced foot traffic from India to Indonesia.
During the promotion, there were dance performances from the land of Indonesia like Tari Lenso from Manado, Tarinjot–Njotan from Betawi, Tari Cendrawasih from Bali and Amore Dance Carnivals from Malang. All the four dance performances were appreciated by the visitors. Amore Dance Carnivals, a dance form describing the beauty of the city of Malang with beautiful and colorful flowers. The beauty of the city of Malang known as MAKOBU (Malang city flower) was reflected in the beauty of the carnival costume design and in collaboration with the beautiful dance movements had attracted the visitors most. The quiz contest was also enjoyed by the visitors and the winners won branded caps, t-shirts, paper holders, umbrellas etc. At the end of each of the three days, there was a lucky draw and the winner won a 2N/3D package to Bali.
Ms Rita Sophia, Deputy Director, Marketing Development for Asia Pacific from the Ministry of Tourism, was overwhelmed at the response of the consumers all throughout. Shelly Chandhok, Country Manager, Visit Indonesia Tourist Office (India) was very happy with the initiative during the festive season; she said that the right effort was made at the right time. She opined that this was the perfect platform to promote the destination as the holidays and wedding seasons are almost about to start and also that Visa Free Travel to Indonesia for Indians has just been announced.
ABOUT OM TOURISM
OM Tourism was set up to handle outsourced sales, marketing and Media Relations for Luxury hotel chains and National Tourism Boards. Amongst OM Tourism’s clients are Grand Resort Bad Ragaz, Visit Indonesia Tourism Office and Mauritius Tourism Promotion Authority. 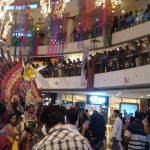 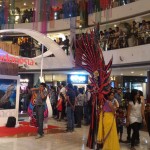 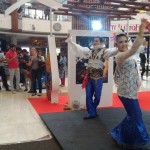 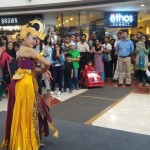 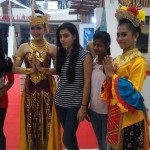 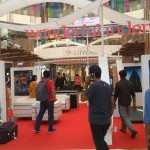